About this time, the hinterland became of interest, following the opening up land for farming just north of the established York area. This led the settlers around Toodyay to seek a shorter route to the new lands when farming commenced around there. To service that demand, a road was deemed necessary and construction was commenced from Midland, up Red Hill, through Gidgegannup to the town site of Newcastle.

On the old maps there are two closely adjacent townsites: one Newcastle, the other Toodyay. So the road was originally named The Newcastle Road, later to become Toodyay Road, and was built by convict labour. The large team was required to build its own overnight accommodation along the route. Apparently, there were eight such camps constructed, the remains of the only one left is on the Northern side of Toodyay Road halfway up Red Hill and is now a Heritage Remnant. (Very close to the road edge, just west of the second sign indicating a passing lane eastbound). 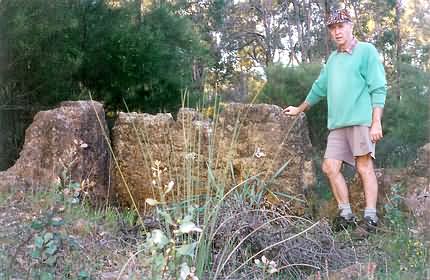 The camp was a fairly solid structure with stone foundations, mud walls and we believe, corrugated iron roofing. The latter, no doubt retrieved and moved on to the next site for roofing, as the road extended. From what we are able to ascertain, there were about four fairly large buildings on the Red Hill site, and we have no reason to believe that the other sites were any the less in size.

As, in those days transport was usually horsedrawn, so provision was made for a water supply en route to Newcastle. The 12 Mile well was dug on the side of the road, just about where Talbot Road enters the main road. 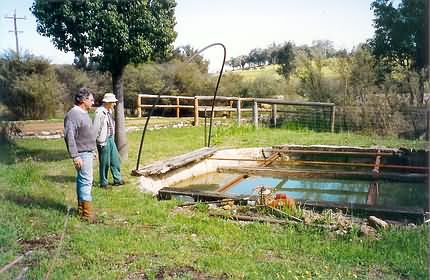 Unfortunately, the well was covered during a reconstruction of Toodyay Road. Various watering points from creeks were available further along, but were unreliable as they usually dried up during summer. An overnight stop was usually made at the Wirrilloo Brook (later Woorooloo Brook) at Noble Falls. Unfortunately, this brook also dries up now during summer due to damming upstream. When in flow the brook runs into the Catta River then the Avon River about the north-east boundary of the Ward.