A lot of highflyers have touched down in Gidgegannup but John Laurie is one who stayed and left his mark on the local community. Ninety-one year old John’s association with Gidgegannup started when he was 15 – driving up from Inglewood in a Citroën roadster to shoot rabbits on Bailup Farm. 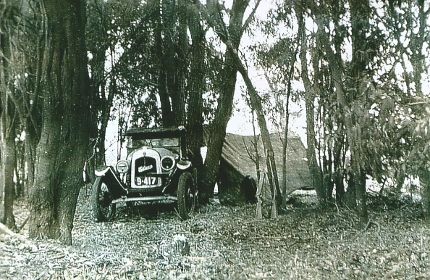 “This was during the war years”, said John, “15 year olds were allowed to drive and it took us the best part of a day as the road was really rough.”

Petrol rationing and war-time ammunition restrictions put an end to John’s excursions but his interest in the district remained. Leaving school at 14, John completed a radio technician apprenticeship and quickly realised that there was a better living to be made in business management.

Studying both the then new medium of television and business at Perth Technical College exposed him to a series of mentors who set John on the road to becoming a real estate investor and state director of Retravision which started here in 1960 as Five Star Cooperative.

Local landholder John Ffarington’s father was then “top dog at the tech” according to John. “He was a brilliant lecturer and expected us to have answers in 30 seconds – and, he had gold teeth.” The class “couldn’t believe it” that in 1941 “Mr Ffarington had secured 10,000 acres (4046ha) of bushland for just 10 shillings ($1) an acre (.4ha).

By the time John secured his own slice of Gidgegannup in Clenton Road in 1965 he paid 20 pounds ($34) an acre. “I bought the most expensive land in the Glenroyd Estate because of the streams and the mineral rights that were attached to the land,” said John who, to this day opposes local mining and lists his address as Glenroyd and not Gidgegannup. 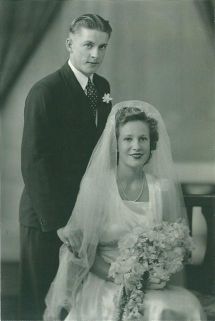 Pat, John’s wife of 69 years, brought their four kids to live in a railway carriage on the property in 1970. This was no ordinary carriage but a 12-cabin job from the Kalgoorlie run.

As the WA director of Retravision John was running the growing local franchise and jetting to interstate board meetings. “I was working – and how!” By 52, the high-stress lifestyle landed John in hospital for six months with double pneumonia and it was time to evaluate his lifestyle. “The pressure got to me in the end and it was a really tough time for Pat but she coped really well,” said John.

Retravision’s loss was Gidgegannup’s gain as John and Pat threw themselves into co-founding the Pony Club and donated land to build the non-denominational Community Church.

John and Pat’s involvement with the Agricultural Society eventually led to John’s four-year presidency from 1980-1984 where he says “he pulled the reins tight which was not always appreciated by the locals”.

Apart from using his considerable business contacts to lobby for the primary school, John also started and named Gidgegram to disseminate local news. Learning from an American shareholder that long-winded reports were a waste of time John initiated the Retrogram, Retravision’s memo-style reporting system which he applied to the early editions of the one-page Gidgegram.

“Never worry about money”, said John “if it’s a worthwhile cause the money will come but you do need faith, planning and discipline”. A lifetime of advice, and all for free, in your local Gidgegram.