Origins of the Name “Gidgegannup”

The indigenous people knew the area as Gidjeejarnup, meaning, as far as we can ascertain, “the place where spears are made”. However, usage by the white man has changed it over the years to its present spelling, i.e. 1850 Gidjejarnup, 1852 Gidjegarnup, 1873 Gijegannup, later Gidgegannup. 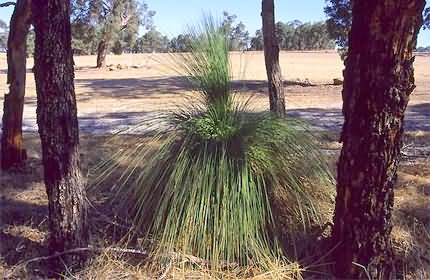 During the early years of white settlement of W.A. there came a need for a railway connection from Guildford in the south to Geraldton on the coast to the north. To this end the W.A. Government, being short of ready cash to pay for such a project, contracted an English company to construct same, the payment for such a venture was made by the grant of land 40 miles (64 kms.) either side of the rail line, to be allocated when each 20 miles (32 kms.) of track was completed. The rail was to be laid commencing from each end of the track simultaneously.

It eventuated that the Gidgie area was the first to be granted, to the South and East of the line to become Swan Location No. 1317, a total of 19,425 hectares, in the name of The Midland Railway Company, based in London. Later, the land was sold on to The Perth Jarrah Milling Company, which then commenced a lucrative business in the harvesting of timber cut from the eucalypt forests. Most of this timber, mostly of the red Jarrah, was shipped to England where it was highly prized. It was also used as sleepers for the rail line.